The Essence of Sin & the Freedom to Become 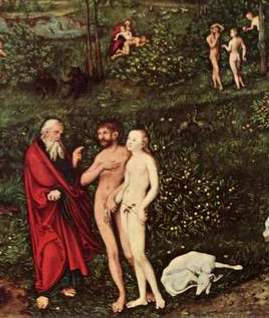 The freedom-to-become assumed in creatio ex nihilo takes on a new significance with the awakening of consciousness and the actualization of the moral realm. True freedom is the ultimate act and gift of divine kenosis (self-emptying). God "makes room" for "wills" completely other than his own; wills that in principle are able to act both in concert with, and in defiance of, the divine will. In the former, we see the ultimate end and goal of our theosis: to become partakers and co-creators in the divine life (the supreme example being found in Jesus Christ). In the latter, we begin to see the essence of sin as rooted in that which is contrary to the divine will, that is to say, in that which God does not will.

Except for the doctrine of kenosis, sin would have no possibility. In fact, the existence of sin confirms the doctrine of kenosis. In willing what God does not will we give essence to that which stands in opposition to God, i.e., to that which has no essence and possibility in the perfection of God. This is a paradox, the possibility of which is grounded in a permissive act of the divine will to make room for another principle of will that potentially stands against him (as stated above). Yet in Christian thought, God is sovereign even over this. Nothing can ultimately stand in opposition to God, even hell itself. In the final analysis, reality exists as a paradox of co-existing possibilities and impossibilities; a paradox that only Atonement can resolve.