What is Theistic Naturalism? 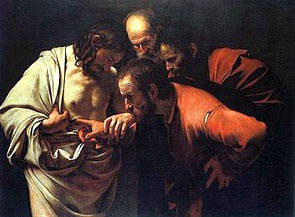 Theistic Naturalism represents an approach within the general movement of Religious Naturalism that appeals to the primacy of the sciences in reimagining what it means to be a person of faith in a scientific age. Their conclusions may vary greatly, yet all religious naturalists begin with the same general epistemological assumptions. Among the most important are:
The author of "The Science of Knowing God" assumes these general assumptions, while standing apart from other religious naturalists in affirming the uniqueness of God as ontologically distinct from the cosmos (hence, Theistic). The author also identifies as a neoclassical Christian, scrutinizing and reimagining traditional normative theologies in light of scientific progress. The following characterize the starting points for this position:
"The Science of Knowing God" is a theological pursuit rather than an apologetic one. Grasping the distinction between an apologist and a theologian will go a long way in helping the reader to understand the bullets above. The author approaches all questions as a "Believing Thomas," looking into the holes and finding Christ.

Posts that may interest the reader: