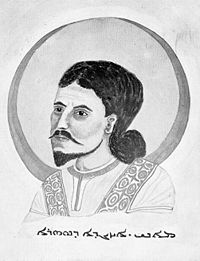 Much of what passes for Christian theology is hopelessly compromised by dualism, particularly the notion that the physical universe is meaningless without the superimposition of other "stuff," whether this stuff is called "spirit" or an "immaterial soul." Consequently this spiritual stuff is understood as existing independently and autonomously from the physical universe. Hence, the human brain is but a useful tool or a processor in the operations of the immaterial soul in its interaction with the physical universe. The brain cannot reason without a "rational soul," nor can a person love without a soul. Personhood itself is deemed impossible without the superimposition of the soul upon the biological substratum of the human body.

This unfortunate deprecation of matter as something insufficient to support the divine qualities of love, morality, relationship, rationality, and even personhood, is something worthy of Gnosticism or the religio-philosophy of Mani, not of Christianity. So it should not really surprise us that the main proponent of such dualistic thinking in early western Christianity was himself a former Manichee. Yet as the ancient Hebrews knew well, our physical nature is not only sufficient for the emergence of the soul but, indeed, is its very constitution.