The Quest for the Mythistorical Jesus (Part One): The Problem Stated 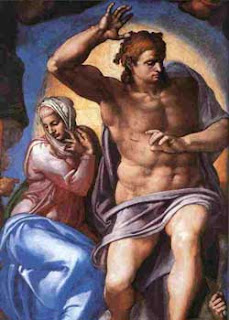 Modern scholars have routinely reinvented Jesus or have routinely rediscovered in Jesus that which they want to find, be it rationalist, liberal Christianity of the nineteenth century, be it apocalyptic miracle workers in the twentieth, be it revolutionaries, or be it whatever it is that they're looking for, scholars have been able to find in Jesus almost anything that they want to find. Even in our own age scholars are still doing this. People are still trying to figure out the authentic sayings of Jesus...All of our middle class liberal Protestant scholars who will take a vote and decide what Jesus should have said, or might have said. And no doubt their votes reflect their own deep seated, very sincere, very authentic Christian values, which I don't gainsay for a moment. But their product is, of course, bedeviled by the problem that we are unable to have any secure criteria by which to distinguish the real from the mythic or what we want to be so from what actually was so. (Samuel Ungerleider, Professor of Judaic Studies and Professor of Religious Studies, Brown University)

Albert Schweitzer could not have said it better himself...

In his 1906 classic work, The Quest for the Historical Jesus, Schweitzer had challenged the foolhardy "Lives of Jesus" movement of the nineteenth century by revealing the scholarly presumption and bias behind all attempts to make up the life of Jesus of Nazareth out of whole cloth. What is now called the "original quest" for the historical Jesus had been going strong since Reimarus's initial investigations into the "historical Jesus" question in the eighteenth century. By Schweitzer's reckoning, the quest had run its course and should now be considered dead, marked his own work (as well as that of William Wrede).

The original quest had been a characteristically Enlightenment project in its dismissal of the miraculous elements of the gospels along with what was considered the "pretentious divinizing" of Jesus by misguided first and second century followers who sought to make sense out of their teacher's tragic demise. The result was a Jesus completely divorced from the New Testament, variously portrayed by nineteenth century liberal theologians along imaginative lines of what a first-century Jewish prophet might look like. Yet, ironically, Schweitzer's critique of this approach did not end the quest as much as it unwittingly anticipated its future course. Schweitzer's attempt to understand the historical Jesus in light of what he saw as the (misguided) apocalyptic nature of Jesus' preaching and mission as revealed in the gospels now paved the way for future "questers," in their respective ways, to take the New Testament seriously as a historical source. The "new quest" would focus its investigation on the continuity between the preaching of Jesus and the preaching about Jesus (kerygma) in the New Testament.

And so the "quest for the historical Jesus" has continued with interesting twists, curves and turns in the road, with only a brief rest-stop or two, right up to our own day. Newer approaches (as different as the works of N.T. Wright are from those of Marcus Borg) seek to understand Jesus and the character of his mission in light of his peculiar context within the Palestinian setting of Second Temple Judaism. But they all work under the same guiding principle: the significance of Jesus is of utmost importance in understanding the course of history, so we had better get it right. By the second century the early Jesus-movement had burst forth on the scene in a major way. By the beginning of the fourth century Jesus himself was well on his way to becoming the most influential figure who ever lived. All this to say that Jesus of Nazareth simply cannot be ignored as a historical figure, even by the most radical of skeptics. Yet as enlightening (and as helpful at times) as these "quests" have been, in the final analysis, every attempt to reconstruct the "historical Jesus" is doomed from the start.

This is true because Jesus is not the kind of person that history typically remembers. Indeed, the shortcoming of "questing" for the historical Jesus is simply that what can be known about Jesus historically, apart from the rare incidental comment by otherwise disinterested observers (like Josephus and Suetonius), is relegated exclusively to the writings of his followers, particularly the gospels. The problem is, however, that the gospels are not "histories," at least not in the sense that we understand that term today; nor are they what we would call "biographies." Rather they are "faith-narratives," i.e., stories about the "Christ of faith."

This is not to suggest that the New Testament is completely mute with respect to the historical Jesus. Indeed, there is every reason to affirm that the New Testament is replete with stories that are rooted in actual events. But rather than giving us straightforward history, the New Testament gives us projections of the "Christ-event" rooted in the faith-encounters of the earliest believing communities. The Jesus presented therein is not merely a figure of firsthand memory (which in any event would have been fading quickly by the time of composition), but rather a Jesus whose life and ministry had been re-imagined in light of post-resurrection theological reflection; a Jesus whose story had been re-told through the pages of Israel's sacred story; a Jesus whose mission had been re-crafted into the personification of Israel's prophetic tradition; a Jesus who was seen as recapitulating the role of hero in Israel's ancient mythos by taking it up into his own mythos (e.g., the "new Moses," the "second Adam," the "High Priest in the Order of Melchizedek," etc.). In light of this, how much of what we read in the gospels can be considered in terms of empirical fact? From the historian's perspective, it is impossible to know.

The difficulties inherent in the historical question become even more acute within literalist or fundamentalist circles, where the canonical gospels are taken to be entirely historical, thus compelling proponents to attempt harmonizing or reconciling contrasting and even contradictory features within them. But how do we reconcile the two very different infancy narratives presented in the Synoptic tradition (i.e. Matthew and Luke)? Which one of their genealogies represents the true lineage of Jesus? Did the Last Supper take place on the night of the Passover (as all three Synoptics testify) or on the night before (as in the Gospel of John)? Did Jesus institute the Lord's Supper at this meal or simply wash his disciples' feet? Which account of the trial is most faithful to actual events? Which account of the crucifixion? Did Jesus carry his own cross to Golgatha or was it Simon the Cyrene who carried it? Which of the four different accounts of what happened at the empty tomb do we take as factual? And what of events that do not normally happen in the physical realm? Miracles? The virgin birth? The resurrection?

In stating the historical problem in this way we can more easily understand the demythologizing project of Rudolf Bultmann (1884-1976). Bultmann had regarded the quest for the historical Jesus to be a dead end, and for a brief time he had nearly convinced the entire academy of his day of this as well. Bultmann considered the mythological worldview of the New Testament to be unintelligible and unacceptable to modern people. Hence, for Bultmann, a historical consideration of Jesus from the gospels was simply not relevant to modern Christology, at least not the kind of historical consideration attempted by the "questers." Rather, Bultmann reduced the historical significance of Jesus to a single word: "that." It was important only to believe that (das Dass) Jesus existed. Whereas many were attempting to connect the actual preaching of Jesus to the preaching about Jesus (kerygma), Bultmann saw kerygma as the only event of continuing significance -- the here-and-now divine act of judgment and salvation, confronting the hearer and necessitating a decision. In this way, Bultmann had managed to reduce the historical significance of Jesus to a mere presupposition.

In the final analysis, we are left with a conundrum that even Bultmann, try as he might, could not avoid. The Christian faith is grounded in Jesus of Nazareth, a figure in history whose existence and significance can only be established through the testimony of texts that we cannot entirely regard as historical accounts. In Part Two, we will offer a way forward that was anticipated by the great Karl Barth in coming to terms with the significance of the empty tomb.