The Quest for the Mythistorical Jesus (Part Two): The Witness of the Empty Tomb 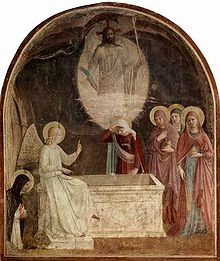 Christians do not believe in the empty tomb, but in the living Christ. This does not mean, however, that we can believe in the living Christ without believing in the empty tomb. Is it just a "legend"? What matter? It still refers to the phenomenon ensuing the resurrection, to the presupposition of the appearance of Jesus. It is the sign which obviates all possible misunderstanding. It cannot, therefore, but demand our assent, even as a legend. Rejection of the legend of the empty tomb has always been accompanied by the rejection of the saga of the living Jesus, and necessarily so. Far better, then, to admit that the empty tomb belongs to the Easter event as its sign. (Karl Barth, Church Dogmatics III/2)

(Note: Barth employs the term "legend" in the sense that this article employs "mythistorical." Click HERE to read Part One.)

In 1924, Karl Barth (1886-1968) published a small treatise entitled The Resurrection of the Dead. Little did he realize at the time just how misunderstood this aspect of his overall theology would become and just how tenacious the ensuing controversy would prove to be. This was not helped by the fact that Barth's early writings on the resurrection seemed to diminish the importance of the empty tomb. For Barth, a preoccupation with the empty tomb took the focus away from the true object of our faith: the resurrected Christ.  Yet to his detractors, especially evangelical theologians like Carl F. H. Henry, Barth's position sounded like an outright rejection of the gospel accounts, which in turn sounded suspiciously like a denial of the resurrection itself.

In time, however, Barth's growing concerns with the demythologizing project of Rudolph Bultmann would cause him to change his tune. Bultmann had regarded the resurrection as "a mythical event, pure and simple," grounded not in objective event, but rather in the subjective experience of the disciples. Increasingly alarmed that Bultmann's radical existentialist approach had stripped the resurrection of Christ of any objective significance, Barth in his later writings began to place considerable emphasis on the empty tomb as "the sign which obviates all possible misunderstanding."

This change in emphasis did not represent in Barth a fundamental shift in his theology of the resurrection as much as it did a development in his hermeneutical treatment of the gospel accounts. Barth had never held or insinuated that the resurrection of Christ had been anything but a physical resurrection or that the Church's faith in the resurrection was rooted in anything less than historical event. Barth's earlier statements that seemed to dismiss the "empty tomb" were not about denying the existence of a grave or a sepulcher located somewhere in or around Jerusalem, but rather about the legendary character of the resurrection accounts found in the gospels -- stories that differed greatly from one another in their details. Naturally, a physical resurrection would include an empty grave of some kind in its actualization in time and space.

Yet even if the tomb of Jesus could be located and identified this would in no way constitute historical verification of the resurrection, as there could be many possible explanations as to why the tomb was empty on the first Easter morning. Rather the resurrection of Christ could only be verified through the experience of the disciples and continuing faith of the Church. This is why the legendary character of the gospels posed no difficulty for Barth. Their stories of the empty tomb did not constitute actual eye-witness accounts, nor were they in any other sense historically verifiable, yet they bore witness to the Church's faith in Christ's resurrection in all of its objective significance, and thus the empty tomb stood as an indispensable sign that cannot "but demand our assent."

Naturally, such a nuanced position was bound to be misunderstood by fundamentalists and liberals alike. Generally speaking, in Barth's day there were but two ways of looking at the gospels: either in good literalist fashion as entirely historical accounts or as imaginative stories (more or less) crafted in the minds of the early disciples to explain the significance of their crucified master and/or the continuing experience of the "living Christ" within the early Christian communities. This is where Barth stood out as representing a via media or "middle way." Barth conceded that the gospel accounts of the empty tomb were not historical, per se, but rather were legendary in character. This did not mean that they were entirely fictional, but only that the stories bore the character of  imaginative responses appropriate for their time and culture. However, the living Christ to which they testified was the resurrected Jesus of history, not some otherwise existential figment of faith.

Barth's via media points the way forward in dealing with the gospel accounts as a whole. The true referent of the legendary witness of the empty tomb is the resurrected Christ, not the actual empty tomb itself or any of the other literary details of the different resurrection stories as they unfold in their telling. Hence, it stands to reason that we should not allow ourselves to get bogged down with attempts to explain other differences between the gospels: e.g. discrepancies, contradictions, different emphases, theological assumptions and the like. Such issues would be significant if we were dealing with competing historical accounts. But they do not matter in dealing with "mythistories." All that matters are the stories as stories and what they reveal to us about the Christ of faith. So, for instance, the question of whether Christ was entering or exiting Jericho when he encountered blind Bartimaeus, or whether two blind men met him there or just one (cf. Mark 10, Matthew 20, Luke 18), constitutes an unwarranted diversion away from what the "story-tellers" (i.e. the evangelists) actually want to tell us about Jesus, turning our attention instead towards fruitless considerations about the trustworthiness of texts erroneously regarded as historical accounts; as if to say that our faith was founded on a book (a Christian "Koran" if you will) rather than on the living Christ.

In the final analysis (as this post-catholic thinker sees things), Barth's via media rescues our faith both from the tyranny of textual literalism and from the relativism of radical demythology. The stories of the empty tomb are grounded in the resurrected Christ of faith, not the resurrected Christ of faith in the stories of the empty tomb. Likewise, the gospels are relative to the Church's faith in Christ, not the Church's faith to the gospels. Considered thus, the Bible assumes the nature of a truly revealed word from God en-fleshed in the words of its human authors.