On the Nature of Demons 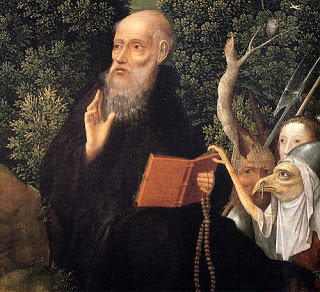 In the world of the universe that is, demons have no reality apart from that which they derive from us. They are not real; yet that does not mean they do not exist. They exist as pure potential, as projections of our own psyche; projections that become "real enough" when we feed them.

In the world of the universe that is, demons have no independent existence apart from the mind, for they exist only to those who are conscious, emerging from our material existence -- our brains -- in the very way that consciousness itself emerges, but as byproducts or appendages of consciousness, born of noetic imperfection.

In the world of the universe that is, that which belongs to the genus daemonica is contagious, a spiritual virulence -- like so many memes that self-replicate through word and action; alien spermatozoa that implant themselves in the fertile recesses of our gray matter, lying dormant perhaps for many years, until hatched as thoughts, suckled as desires, nurtured as deeds. But they are not demons yet...merely imps.

In the world of the universe that is, demons take on noetic form as the rational, moral soul attempts to place objective distance between itself and the thoughts, desires, and actions that the soul itself has fed and nurtured over time, and yet has also come to despise. The result is "reality enough": an imp that is granted "space" in and by the mind, a quasi-objectivity that can never be sated by playing the role of mere tempter. In time it demands control, suppresses the will, and, when invited (or rather when the mind can no longer resist it), takes full possession of the mind as a mature demon.

In the world of the universe that is, the mind is sufficient to support not only its own inherent consciousness, but every quasi-consciousness the mind is able to conjure -- the personified "somethings" that haunt not only our dreams but even our waking moments. These can be expelled only through prayer and fasting, starving our demons of the energy of our thoughts and the passions of our flesh.

Follow-up Article (Answer to a Reader)