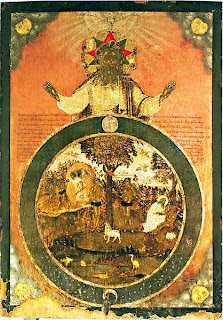 The acceptance of evolution by theologians is inevitable. Why say this? Because it must be. The Christian faith cannot hope to speak meaningfully to the world if those responsible for the articulation of that faith cannot see clearly to accept what has been established by science beyond all reasonable doubt, and to adapt accordingly. This assertion, however, should not be misconstrued as a plea to theology to accommodate a foreign idea or a conflicting set of values or principles in some vain attempt to keep Christianity relevant. Rather if Christianity is true then it will be found to be consistent with all other truth, and prove sufficient in its ability to adapt its articulation to our expanding understanding of the world around us. Nevertheless, the theologian should be prepared for the radical shift that must take place in his or her perspective; for, upon acceptance, the theologian will have to account for the drama of evolution, not only as natural occurrence, but for what it truly is: the history of redemption itself.

Part One presented Anthropocentrism as a necessary presupposition in theology, albeit an illusory one. It is necessary because any coherent account of divine disclosure to human experience must be interpreted from within human experience. It is illusory when it fails to account for the vast array of possibilities that the "freedom-to-become" (creatio continua) implies, inevitably leading to an anthropological exceptionalism that will ring less and less "true" with each new discovery. This is both a danger and an opportunity for the theologian.

So it was, not too long ago, that theologians regarded humankind as the primary or even the exclusive object of redemption. This was quite understandable within an ancient framework that saw the rest of the cosmos as a secondary consideration at best -- "mankind's" habitation. After the Fall, the cosmos became the arena of judgment for humanity, a place hardship, perils, floods, famines, disease and eventually physical death. The state of death and decay being irreversible, it was easy for theologians to regard the physical universe as consigned to a hopeless destiny, at least on this side of the resurrection.

Certainly, human beings shared this habitation with other living things -- plants and animals -- but "mankind" alone was seen as the "image-bearer" of God. All other creatures existed (at least originally) for the benefit and enjoyment of human beings, and later for their judgment. Like a parent who cares that a child takes proper care of his toys, cleans his room, and feeds the dog (not for the sake of these things as much as for the betterment of the child) so traditional theology saw God as the divine parent providing in creation all things needed to sustain human beings, to teach them obedience, and to bring their lives to fulfillment. Thus the value of the cosmos was seen as relative to humankind's use, discipline, and pleasure. That God would show anything more than a concern for the proper stewardship of creation was hardly a consideration ever taken up by theology.

However, Copernicus shattered this perspective long ago. While many theologians have certainly failed to appreciate fully the vastness of the universe that Copernicus bequeathed to us, Darwin's breakthrough insight of natural selection, once embraced by the theologian, will certainly prove to be the undoing of anthropological exceptionalism. Simply put, the scientific investigation of our universe, from the sub-atomic to the astrophysical to the realm of biological processes, has wrought nothing less than the relativization of humanity's place in the cosmos.

No longer can the theologian afford to regard anthropos as the sole object of God's redemptive love, the exclusive image-bearer, or the center of the created order. If natural selection means anything in theology it means that the phenomenological emergence of anthropos in our small corner of the universe is the creative response of a cosmos imbued by the loving call of its Creator towards greater and greater complexity in the exercise of its freedom-to-become. Thus, the entirety of the cosmos, not just one minuscule part of it, must be considered in terms of the imago Dei (or rather as potentia imaginem Dei).

Indeed, we have emerged as imaginem Dei intellexit -- as the image of God realized. Yet anthropos considered in terms of an a priori goal or telos of the cosmos can no longer be taken as a theological presupposition. From a natural standpoint, we emerged from stochastic processes. From a theological standpoint, we are the ends for which God created the cosmos, but one possibility of myriad outcomes.

Is it any wonder then that many Christian religionists object so strongly to the notion of evolution by natural selection? The shift in perspective that is required by Darwin's breakthrough theory is regarded as too radical, too seismic in scope and extent for the "old time religion" to survive. It simply leaves no room for anthropological exceptionalism. Even the anthropocentrism that is readily admitted as a necessary theological presupposition is revealed as myopic. Perhaps such myopia can be excused when corrective lenses are not available. But once placed over our eyes the spectacles reveal a world in sudden relief that we are compelled either to accept or, in madness, to deny. Yet, rarely, do religionists take on the full view at once. In matters of religion, first reactions are typically irrational. New perspectives are initially denied, suppressed, and all-too-readily explained away or selectively accommodated when no other recourse remains.

But fear not! The faith as revealed has demonstrated time and time again to be more than sufficient for the task, even during seismic shifts of perspective. If, as we believe, the Christian faith is a divinely revealed faith, then it is true. If true, then it will agree with all else that is true no matter where such truth is found (e.g. in the "book of nature"). It stands to reason then that the relativization of humanity foisted upon us by the acceptance of natural selection (not to mention the vastness of the universe) serves the ends of theological truth by opening up a greater world to the theologian -- a greater realm of redemption to consider. All at once the entire cosmos becomes the object of God's elective grace, the receiver of the gift of incarnation, the subject of theosis.

Yet this is not to say that humanity's place, while no longer exclusive in principle, is no longer special or unique. Certainly it is both special and unique in our small corner of the cosmos. Even if life with consciousness very much like our own existed elsewhere in the universe, the distances (for us) are far too great to be meaningful; and while nothing precludes God "becoming flesh" in other contexts, and in ways appropriate to those contexts, this would be of no immediate concern to us. In the final analysis, and for the time being, we perhaps can still afford a vestige of our exceptionalism, if only for the impracticability of ever discovering such as ourselves in other corners of the "world of the universe that is."