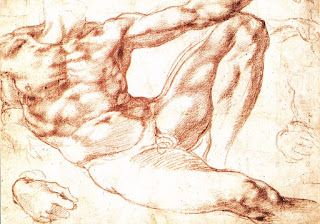 1. The Bible does not put an artificial wedge between history and theology. Of course, Genesis is not a history textbook or a science textbook, but that is far from saying we ought to separate the theological wheat from the historical chaff. Such a division owes to the Enlightenment more than the Bible.

While DeYoung admits that Genesis is not a "history textbook" (or a "science textbook"), the underlying assumption of his first reason is that we are still obligated to treat it as such, a classic case of having your cake and eating it too. Anything less is met with the charge of putting an "artificial wedge between history and theology," strongly suggesting that theology cannot be communicated in anything less than a straightforward historical narrative. But this simply begs the question, why not? Why is it untenable to suppose that theological truth could be mediated through sacred story or myth? By revealing his prejudice against this possibility, DeYoung has unwittingly betrayed his own debt to Enlightenment thinking.


2. The biblical story of creation is meant to supplant other ancient creation stories more than imitate them. Moses wants to show God's people "this is how things really happened." The Pentateuch is full of warnings against compromise with the pagan culture. It would be surprising, then, for Genesis to start with one more mythical account of creation like the rest of the ANE.

The biblical story of creation was not meant to supplant other creation stories of the Ancient Near East (ANE) as much as it was meant to tell Israel's particular story within a common cultural milieu. This being the case, it should not surprise us at all that Israel's story contains both affinities and stark contrasts with these other stories, and that is exactly what we see. So, for instance, Hebrew cosmology is hardly distinguishable in some places from what was commonly believed in the ancient world: e.g. chaotic primeval conditions, flat disk-shaped earth, the firmament as a "vault" or "dome" above the earth upon which the heavenly bodies are fixed. Are we to accept these beliefs as straightforward descriptions of the way things actually are, especially when science has demonstrated otherwise? Or would it be better to acknowledge them as part of the ancient cosmogony common to that period, time, and region of the world? Indeed, the real contrast between the biblical story and others of ANE provenance is not to be found in some supposed myth/history dichotomy, but rather in Israel's monotheistic outlook and explanation of the origin and workings of the world around them as they understood that world to be.


3. The opening chapters of Genesis are stylized, but they show no signs of being poetry. Compare Genesis 1 with Psalm 104, for example, and you'll see how different these texts are. It's simply not accurate to call Genesis poetry. And even if it were, who says poetry has to be less historically accurate.

Comparing Genesis 1 with Psalm 104 would be analogous to comparing a Haiku with a Shakespearean sonnet. What point is there in such an exercise? The real question is what does DeYoung mean by characterizing the opening chapters of Genesis as "stylized"? Might it have something to do with the seven-day framework of Chapter One? The parallelism between the first and last sets of three creative days? The evening-morning formula for each day? Or the chiastic structure of verses 26-27 describing the creation of humankind? Obviously, "stylized" is a loaded term, which in the case of Genesis 1 unquestionably impinges upon one's hermeneutical approach regardless of whether one calls it poetry or not.


4. There is a seamless strand of history from Adam in Genesis to Abraham in Genesis 12. You can't set Genesis 1-11 aside as prehistory, not in the sense of being less than historically true as we normally understand those terms. Moses deliberately connects Abram with all the history that comes before him, all the way back to Adam and Eve in the garden.

The Book of Genesis has all the characteristics of an "antiquarian history," a common type of literature in the ancient world which connects the identity of a people, or the pedigree of a notable person, to a distant past. Greek historians like Homer were particularly noted for it. Such histories show little concern for making distinctions between myth, legend, and historical events/persons, and often weave the three together into an incredibly evocative meta-narrative. In fact, making distinctions between myth, legend, and historical fact is a concern peculiar to modernity. By ancient standards, the "seamless strand of history from Adam to Abraham" in the Book of Genesis is to be expected.


5. The genealogies of 1 Chronicles 1 and Luke 3 treat Adam as historical.

The genealogies of 1 Chronicles 1 and Luke 3 serve to connect their respective stories to the biblical meta-narrative that began back in the Book of Genesis, and hence to the entire history and identity of the People Israel as a continuation of that same "seamless strand of history" noted above (see response to Reason 4).

Paul was a traditional Jew of his day, and as a traditional Jew we can assume he believed that Adam was a real person. In fact, it would never have occurred to him or to anyone else in his day or context to question that assumption. Besides, he had neither the historiographic or literary methods to raise the question in the first place. So was this assumption wrong? As it turns out, yes. But does it matter? No, because regardless of ancient assumptions (or modern ones for that matter), the story of Adam (indeed, the entire story of the Bible) provides the divinely-inspired backdrop and stage upon which the drama of the Christ-story unfolds. If C.S. Lewis could liken pagan myths to "divinely-inspired glimpses" of God's "true myth" (i.e. the story of Christ), then how much more appropriate the divinely-inspired myths and stories of Hebrew poets and storytellers? (For further discussion of this argument, see my Weighing in on the Adam Debate.)


8. Without common descent we lose any firm basis for believing that all people regardless of race or ethnicity have the same nature, the same inherent dignity, the same image of God, the same sin problem, and that despite our divisions we are all part of the same family coming from the same parents.


9. Without a historical Adam, Paul's doctrine of original sin and guilt does not hold together.

The doctrine of Original Sin as commonly understood in western Christianity is an Augustinian construct, not a Pauline one. Paul's point in Romans 5 is not to tell the story of how we contracted "original sin and guilt" from Adam, but rather to tell the story of how death was unleashed on humankind as a result of one man's transgression. In other words, the story of Adam is not about how we became "sinners," but about how we became "mortal." (For a fuller discussion of Original Sin from an evolutionary perspective, see my Paradise Imagined.)


10. Without a historical Adam, Paul's doctrine of the second Adam does not hold together.

Regardless of historicity or even Paul's assumption of it, his use of the Adam-story is metaphorical and typological, akin to the way the author of the Book of Hebrews employs the figure of Melchizedek in Hebrews 7. Even assuming that Melchizedek was a historical person, are we really compelled to believe that he is "without father or mother or genealogy, having neither beginning of days nor end of life" (Heb. 7:3)? Or, rather, is the story of Abraham's encounter with the shadowy figure of Melchizedek in Genesis 14 a fitting type or metaphor to illustrate a theological truth about Christ's eternal priesthood?